Captain of a sinking ship

By the second half of the 1980s, Raúl Castro knew that the communist
system was tremendously unproductive. Despite the enormous Soviet
subsidies, the island sank gradually into misery.

Then it occurred to him that Cuba's economic disaster was caused mainly
by the poor management instituted by government bureaucracy. He became a
defender of technocracy and believed he could fix the communist system
with the tools of capitalism.

He sent several dozen Army officers to fine educational institutions in
the capitalist world specializing in entrepreneurial studies. When
Mikhail Gorbachev around that time became Kremlin chief, Raúl fell in
love with the changes begun by the Russian and completed his recipe:
Good management, together with a profound reform of the State, with
special emphasis on decentralization, would help save communism.

He ordered a translation of Gorbachev's book Perestroika and distributed
it among many of his officers. He was going to rescue the system and
solve an enigma that had puzzled him: Why some societies with great
human capital -- with an abundance of well-educated and healthy persons
-- were so unproductive.

After all, Raúl Castro had reason to feel optimistic and confident:
Under his direction, the Cuban Armed Forces had become the world's
ninth-largest army and had triumphed in Angola and Ethiopia.

From his perspective as minister of defense (by then he had held the
post one quarter of a century), under Moscow's tutelage, that poor
little island, which generated so little wealth, had been transformed
into a military power with world stature.

Raúl did not understand that demolishing a bridge with cannon fire is
infinitely easier than building it. Gorbachev made the same error. He
knew the deficiencies of the Communist state and believed that he could
correct them with a mixture of reforms and sophisticated management.

It annoyed him to hear that his huge country, more than twice the size
of the United States and rich in natural resources, was contemptuously
described as ``Bangladesh with nuclear missiles.'' Ultimately, he
discovered his fundamental error: The system could not be reformed.
State-run collectivism led to ever-spreading impoverishment and could
not be saved by the technocrats even if they were very well intentioned.

If the objective was development, competitiveness and prosperity for the
masses, one had to forget the communist utopia and imitate the countries
situated at the head of the planet.

Raúl Castro today is exactly at the same spot where Gorbachev found
himself at the end of the '80s. Sugar production has fallen to the
levels that existed more than 100 years ago and the country, in full
material degradation, cannot even feed itself. Why? For six reasons that
make communism irrelevant.

• Without a strong currency that maintains its value and purchasing
power, economic transactions are tantamount to plowing the seas.

• Without a price system ruled by supply and demand, it is impossible to
effectively assign the available resources. The prices fixed by the
market form the language in which the economy is spontaneously
expressed. This is not a capricious ideological dogma but an observation
confirmed one thousand times in the real world.

• Without economic freedom and clear rules that facilitate the creation
of businesses, reduce corruption and reward savings and local and
foreign investment, wealth can never be generated in a systematic way.

• Without a legal system and an effective, equitable and independent
judicial power that resolves the inevitable conflicts, punishes the
guilty, protects the rights of persons and provides guarantees, it is
impossible to sustain a prosperous society.

• Without transparency, without accounting for the acts of government,
and without installing officials under the authority of the law, guided
by meritocracy and legitimized in periodic elections, no decent
standards of development can be set.

Is Raúl Castro ready to admit these bitter truths, or does he prefer to
keep patching the hulk to keep the boat from sinking?

At one time, Raúl said he wasn't ``elected'' to bury the Revolution,
only to improve it. By now he knows that that's impossible. It is the
same dilemma Gorbachev faced -- either Castro renounces the harebrained
communist model or insists on keeping it and damages Cuba even more.

So far, everything indicates that Raúl prefers to die in his mistake,
even if he bequeaths the Cubans a country in ruins. That's called
bullheadedness. 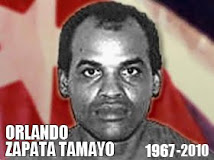